Of 1,300 applications received from young Africans for 2019 Borlaug-Adesina Fellowship, 10 outstanding persons have been selected.

“My rooftop farms are based in Ibadan, Oyo State, in Nigeria. We use a vertical model to plant lettuce and cucumber. Since we were close to consumers, we were able to sell to them with fast and easy access to nutritious foods while lessening the impact of transportation on the whole agricultural value chain,” said 30-year-old Ifeoluwa Olatayo.

She aspires to impact more than 200,000 smallholder farmers across Africa in the next few years by connecting small-scale rural farmers to urban markets through a distribution system.

Felix Tshisekedi, the President of the Democratic Republic of the Congo, a guest speaker at the launch of the foundation in Des Moines, Iowa, said: “Agriculture can be the source of peace in Africa. It can create jobs and act as a stabilising factor in countries witnessing conflict. Agriculture is helping to disarm former combatants in my country, for instance.”

“The problem of youth unemployment, criminality, and many other related problems will be solved substantially if we take agribusiness, food security, and social security altogether. One of the feedbacks from this year’s World Food Prize event is that agriculture should not be taken as a development affair, but rather as a business.”

“When I won the World Food Prize in 2017 and the Sunhak Peace Prize in 2019, I pledged the prize monies and a few matching donations totaling $1.1 million to the creation of the World Hunger Fighters Foundation. This young crop of hunger fighters and agripreneurs will pick up the baton and in turn, do great things across the world.”

The event concluded with the launch of a much-anticipated authorized biography written by Leon Hesser entitled Against All Odds: World Food Prize Laureate Dr. Akinwumi Adesina and His Drive to Feed Africa. 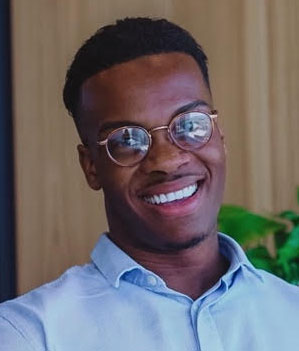