North Korean leader, Kim Jong Un had a heart surgery few days ago and he has not been seen in the public

South Korean sources have dispelled rumours that the leader of the Communist state of North Korea, Kim Jong Un, might be in grave danger after his heart surgery. But Jong Un has not been seen in public since the surgery. However, there has been no comment about Jong Un’s health issue from North Korea which is highly repressive of press freedom.

“We have nothing that could substantiate that [Kim Jong Un] has a health situation,” a senior South Korean foreign ministry official told VOA.

A South Korean presidential spokesperson earlier said Seoul has detected no unusual activity in North Korea and has “nothing to confirm” regarding the reports about Kim, who was absent from a key public celebration last week.

VoA quoted the Daily NK, a South Korea-based online publication with a network of contacts in North Korea, on Tuesday reported Kim was in stable condition after a heart operation.

The report cited unnamed “sources” who speculated the surgery was due to “a number of factors, including [Kim’s] obesity, prolific smoking habits, and ‘overwork.’”

CNN, the U.S.-based television news network, later quoted unnamed U.S. officials who said they are “monitoring intelligence” that Kim is in “grave danger” after the surgery. The nature of the alleged intelligence was not clear.

Another unnamed U.S. official quoted by Bloomberg News said, “the White House was told that Kim underwent surgery last week and took a turn for the worse.” That report said Kim was in critical condition.

Western countries are believed to have very few, if any, intelligence assets in North Korea, one of the most secretive and oppressive countries in the world. North Korea has not commented on the matter.

Rumors about Kim’s health have spread since the 36-year-old leader was absent from last week’s public celebrations of the Day of the Sun, North Korea’s most important political holiday. The holiday marks the birth anniversary of Kim’s grandfather, the country’s late founding leader, Kim Il Sung.

Kim Jong Un’s last public appearance was April 11 at a meeting of the Korean Workers’ Party. The next day, Kim skipped a key session of North Korea’s rubber-stamp Parliament.

“All we know at this point is that he did not show himself at the April 15 ceremony, and there must be a good reason for that,” says the South Korean foreign ministry official. “And we are not sure what that is.”

Since Kim’s absence from the Day of the Sun festivities, there has been a comically wide range of rumors about his health. He was rumored to have had wrist surgery, ankle surgery, and heart surgery. Some rumors said he was brain dead.

“None of that has been backed up by any substantive information,” said the South Korean official.

Others have speculated that Kim’s absence may be related to the coronavirus. North Korea insists it has had no infections, but observers widely dismiss the claim.

According to the unconfirmed Daily NK report, Kim underwent surgery on April 12 at the Hyangsan Hospital in North Pyongan Province. The facility is “exclusively for the use of the Kim family,” the paper reported.

“Kim is reportedly under the care of doctors at the Hyang San Villa, which is near the hospital,” the report added.

But a source close to the South Korean government disputed the report, telling VOA the facility is not likely set up for major operations like heart surgery.

“They have three major medical facilities in Pyongyang to deal with the leader and upper crust guys. I really doubt he’d have heart surgery there [Hyang San Villa],” said the source, who spoke on the condition of anonymity because he was not authorized to talk publicly about the matter.

The source also pointed to a Sunday statement from North Korea’s foreign ministry, which denied Kim had recently sent a letter to U.S. President Donald Trump.

“If something had happened to Kim, the foreign ministry would probably not issue a statement like that, which means up until Sunday, Kim was in control,” the source said.

A European diplomat based in Seoul also was skeptical.

“As of right now, I wouldn’t take these rumors too seriously,” the diplomat told VOA. “But of course, who knows. Even though he’s very young, he’s clearly overweight.”

It isn’t the first time that Kim Jong Un has been absent from major events or state media coverage. In 2014, Kim disappeared from state media for more than a month, before eventually appearing in public using a cane.

“At 36, Kim is obese and has a family history of heart disease. His reported ill health since summer might explain why his sister has been issuing statements in her own name in recent weeks,” Pak adds.

Kim took power after the unexpected death of his father, Kim Jong Il, in 2011. Kim, who suffered a massive heart attack, had been dead for days before the rest of the world became aware of his death 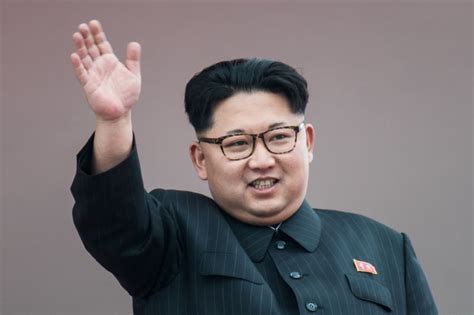