Controversy is brewing in the Nigerian Northern State, Kaduna over arrest and detention of the individuals allegedly planning a sex party and also demolition of a restaurant, Asher Kings and Queens Restaurant, where the party was allegedly planned to hold.

While the Government defended their actions on the ground of safeguarding moral values and health and security of the citizens, the owner of the demolished restaurant, Mrs Aisha Yakubu, has condemned the demolition of her property by the Kaduna State Property and Urban Development Agency (KASUPDA), demanding damages and compensation.

Located in Sabon Tasha area of Chikun Local Government Area of the state, the restaurant is the reported venue of the aborted sex party in Kaduna.

The property, according to KASUPDA, was pulled down on Thursday last week in accordance with the power vested in the agency to demolish any building that contravenes the rights of occupancy.

In an interview with Channels Television on Sunday, Yakubu also denied plans to hold a sex party in the facility and threatened to seek legal action over the demolition of her restaurant.

She insisted that the demolished building was neither a hotel nor a guest house, and was never intended to be used for a sex party as was claimed by the police.

The restaurant owner also stressed that she was not given any prior notice by KASUPDA before the demolition of her restaurant, and therefore asked the Kaduna State government to compensate her.

According to her, the trauma she went through during the period of the demolition made her lose her one-month pregnancy.

In his reaction, the Commissioner of Police in Kaduna, Umar Muri, stated that the demolished building was meant to be used for a sex party on Sunday last week before it was stopped by security operatives.

He also disclosed that some people were arrested in connection with the aborted sex party allegedly scheduled to hold at the Asher Kings and Queens Restaurant.

The police commissioner cited the planned sex party as a violation of the Kaduna State Penal Code Law and the existing COVID-19 regulations on gatherings of individuals for social activities in the state.

He warned that having a sex party anywhere in the state or even outside was legally criminalised by virtue of Sections 166, 168, 260, and 368 of the Kaduna State Penal Code Law, 2017.

Read the statement also issued by Mrs Yakubu below:

The Asher Kings and Queens Restaurant is 34 sitting-capacity- at-a-time restaurant, located at #75 Kachia Road, Sabon Tasha, Kaduna State, registered with the Corporate Affairs Commission, with with the registration number BN2463851 on 5th December 2016, under the COMPANIES AND ALLIED MATTERS ACT 1990 Food Production and Processing Services.

The Restaurant is a one-storey building structure, with a VIP Lounge section, where premium customers relax to watch football league games in a cozy environment, with all the comfort; air conditioners and light music.

Whilst the ground floor is where the kitchen and serving spot is, also with chairs and tables for customers to sit and eat their food as required.

We hire/rent the VIP section for light events, of not more than 26 customers.

On the 27th December 2020, a customer hired the VIP Lounge for a 15-man reunion/Clothing line promo, to appreciate his customers for their good patronage of his brands.

Before the event proper commenced, a friend of mine and I noticed an unusual movement around the main gate to the restaurant, as it was half opened to avoid a crowded environment.

We approached the main gate and on getting there I saw two truckloads of heavily armed officers of the Nigeria Police Force (NPF).

I asked the team leader what was going on but he ignored my question and said he will explain to me when we get to the Police Station, Sabon Tasha Division.

When we arrived at the police station, my customer, who accompanied me to the station, enquired what the matter was and the Police showed us a poster on a GSM phone belonging to one of the officers by the name, Inspector Felix.

It was a poster of an event titled; KADUNA SEX PARTY, which the Police claimed the venue for the supposed “sex party” was scheduled to hold at my restaurant, even though with no address of where it will take place on the poster.

I denied knowledge of that event as there was nothing of that sort taking place at the restaurant and I wouldn’t stoop so low to entertain such illicit activity at my place, but the Police refused to believe me and had my friend and two of my staff detained for one night, one day until the customer that had earlier hired the place for usage on that fateful day was also arrested the next day.

They were released after paying a “bail fee” of #100,000 to Inspector Felix and one other lady Officer, fair in complexion.

I noticed how incompetent the NPF were, I suggested to them to call the number on the supposed “Kaduna Sex Party” poster, which they immediately put a call through and a name came out using the True Caller App as MARVELLOUS AKPAN.

The Police asked me to pay a fee of #20,000 for them to do their job of tracking the user of the phone number, which I immediately paid them so that they will swing into action.

Marvellous Akpan was arrested the next. He was interrogated and he obliged to owning the phone number on the poster and printing of the poster which was posted on Social Media, assisted by a friend of his named Noah and one other guy.

On further interrogation, Mr Marvellous Akpan confessed to the Police that he doesn’t know me and has never been to my restaurant nor have any knowledge of its address.

Mr Chimeze, who had hired the place was released, summarily, after the successful arrest of Mr Akpan.

The next day, 31st December, while at the other Branch of my restaurant, at Court Road, Sabon Tasha, Kaduna, a friend of mine called me asked me to go to the main Restaurant and see what was going on.

I immediately went and saw a combined team of Policemen, Soldiers, KASTLEA and Vigilante groups guarded a Pay loader to demolished my restaurant.

No prior notice was served to me before the demolition, there was no form of communication between me and the Kaduna State Property Development Agency (KASUPDA) who came to demolish the building structure.

Even when they arrived at the location, the main entrance to the main restaurant and the restaurant was under lock and key. There was no form of communication to me!

I watched them pulled down the building without allowing me to remove any item before the demolition. As a result of the trauma, I lost my one-month-old pregnancy.

I plan to seek legal redress for defamation of my character and the loss of my properties in the building.

Meanwhile, the Director-General, National Council for Arts and Culture, NCAC, Segun Runsewe, on behalf of the Nigerian government has thrown his weight behind the demolition of a house allegedly billed to host a sex party in Kaduna State.

The house located in Sabon Tasha, on the outskirts of Kaduna metropolis, was demolished by Kaduna State Urban Planning Development Agency, KADUSPA, following the directive of Governor Nasir El-Rufai, who was displeased at the public show of disrespect for Nigerian culture.

Runsewe, whose agency last year had constant conflicts with crossdressers and socially deviant people, particularly Bobrisky, said Governor El-Rufai deserves praises for his swift reaction to the planned sex party in the state by promptly destroying the structure to serve as a deterrent to others.

He said, “But for this intervention by the governor, Kaduna State possibly would have become the new capital and destination for sex tourism in Nigeria, leading to social disconnect and dislocations with drug peddling in town and our children destroyed in the process.

“In 1992, Senegal and Uganda experienced a massive influx of sex tourists and immediately took hard measures to curb it because if left unchecked, sex tourism will damage the spiritual, moral and cultural values of any society and there’s no sentiment about dealing with it as Governor El-Rufai has done.

“There is the need for Nigerian leaders and parents to monitor closely what their children are up to and quickly nip untoward attitudes and activities in the bud. Certainly, Governor El-Rufai has vindicated our position on the need to stop and arrest the unfortunate presence and foreign behavioural influence threatening our culture and tradition.

“I am sure with the pulling down of the house for the sex party, sufficient signals have been sent to other deviants, their sponsors and (the) public. The law of this country must be applied to the fullest to stop this rage from the pit of darkness.

“This is how Boko Haram and Yahoo Yahoo (cybercrime) started and before we knew it, our society, the young people left to drink from the polluted waters of social vices which have left us struggling on all fronts.  So, let those who are angry at the response of Governor El-Rufai go and check out various campaigns mounted against sex tourism by United Nations World Tourism Organization, UNWTO, and the Universal Federation of Travel Agencies, UFTA.”

Runsewe, who is also the President, Africa Region World Craft Council (WCC), revealed that NCAC would be studying and stimulating the campaign to encourage the true Nigerian cultural values, focusing on the youth and the older generation, in order to rid Nigeria of plans to destroy young persons and their future well-being.

“Our culture no doubt is under threat from all sides but with what Governor Nasir El-Rufai has done in Kaduna, I am convinced that we shall battle the demons of immoral living and enemies of our culture and tradition to a standstill,” he said. 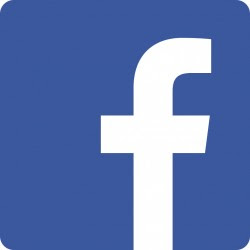 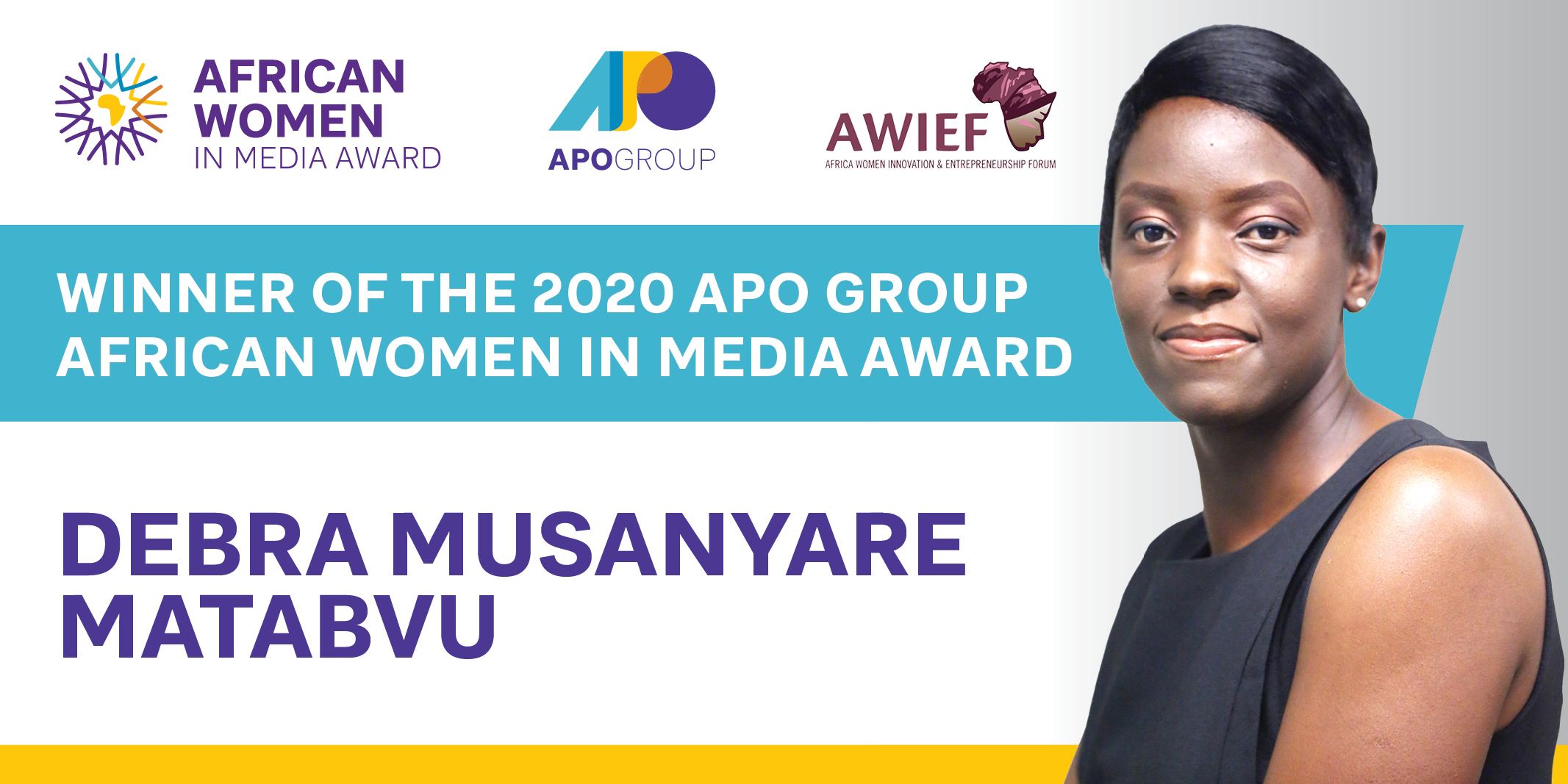 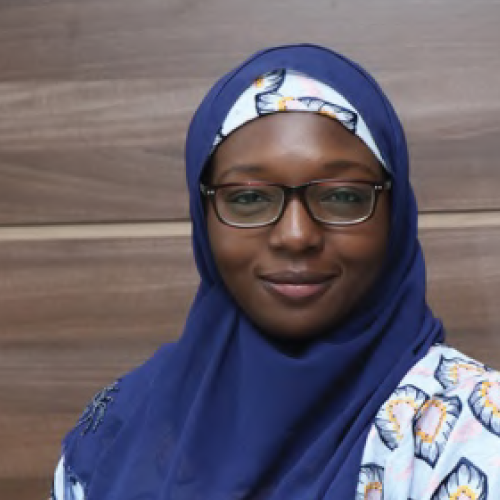