In the 21st century, rating effective leadership is now based on leaders’ possession of “soft skills”. Leadership today is no longer rated by intimidating or swaying charisma like that of Adolf Hitler. Soft skills, according to Joana Marques in “Leadership Today” include purpose, morality, values, vision, authenticity, empathy and emotional intelligence, spirituality, and trust among others.

Proponents of liberal systems such as democracy agree to the importance of teamwork and collective responsibility. They believe that individuals in a group or organisation should work in collaboration and be allowed to be a part of the decision-making process after which every individual becomes responsible for the decision taken by the group or organisation: good or bad.

If you have witnessed any event of the Federal Inland Revenue Service where the Executive Chairman, Muhammad Nami, and his Management team were in attendance, you would have noticed a demonstration of emphasis on collective ownership of the decision-making process. Nobody, not even the Executive Chairman, takes the glory of the job well done. And Nami does not shift the blame to any of his team members should anything go wrong. That is leadership at its best.

After witnessing Nami’s leadership approach in an FIRS event recently, a Leadership Coach, Linus Okorie, noted that he was inspired by how the Chairman introduced and interacted with the FIRS Management team. It was a brief show, but it demonstrated the relationship between Nami and each member of the FIRS team. The Executive Chairman knows each member of his team to their third names. He had given each of them a fun name to reflect their behaviours during Management meetings. There is one he called the Class Prefect; another he called the Accurate Timekeeper. Nami presents the members of FIRS Board and Management as a team where everyone is important irrespective of the position one occupied. “This shows teamwork. This is great and commendable,” Okorie noted before commencing his presentation on effective leadership.To build a team with team spirit might sound simple, but it involves intricate details. You need to get the right people together and influence them to give their best for the achievement of the overall objective of the group or organisation. This is where the current leadership of FIRS has scored high points and it is manifesting in their outputs in terms of revenue collection despite the COVID-19 challenges.

Nami has two things working for him: purpose and humility. It does not matter the type of organisation you have been appointed to or the level of responsibility you have been charged with, leaders of whatever category must learn to have purpose. It is this that will galvanise all cooperating factors for goal attainment.

Today, there is some level of public confidence with the FIRS unlike what was obtainable in the Service a few years ago. This is because someone who has his agenda clearly defined has taken over the leadership position. Nami took over in the organisation fully prepared and had his vision marshalled out at the outset.

Second, the FIRS Chairman is an unassuming tax professional. He believes that everyone has a part to play and he works to bring out the best in everyone. No matter the level of knowledge they have acquired, you hardly catch a good leader using his intelligence to flog his followers; instead, he uses his wealth of knowledge to build-up followers.

Reports coming out from the revenue authority have confirmed that Nami has been able to bring the staff together to work in one direction.

It is instructive to note that Nami was inaugurated with a Board. This means that no single person, not even the Executive Chairman, takes certain far-reaching decisions alone. The Board has to sit to take decisions on critical issues like project funding, staff recruitment and promotion.

Second, Nami has taken the initiative to re-build the FIRS structure consisting of six Groups headed by Coordinating Directors. The structure was not like this in the recent past. This is making decision-making process in the FIRS to be goal oriented. And it is also good to learn that the Management of the Service sits to take decision on how the organization is run. A good example is how the FIRS took some decisions during Coronavirus lockdown.

The FIRS as a tax agency interfaces with the taxpayers to get them to pay their taxes. With the impact of COVID-19 on businesses across Nigeria, it became certain that peoples’ livelihood had been affected; so the FIRS needed to provide some palliative measures to cushion the effect of the pandemic. There was the need also to continue engaging the taxpayers so that the tax revenue would not drop too drastically.

A statement by the FIRS noted: “During the lockdown, on 31 March 2020, the Management of FIRS in a virtual meeting, committed to provide palliatives to support the taxpayers pull-through the challenges of the COVID-19 pandemic even as the Service struggles to raise revenue for the country.”

The palliative measures include: Taxpayers can now take advantage of the FIRS simple, user friendly and robust e-filing process to submit their documents online instead of visiting the tax offices. Dedicated email addresses for each of the offices are available on the FIRS website: Late Returns Penalty (LRP) has been waived for taxpayers who pay early and file later. Supporting documents can also be emailed to the dedicated email addresses or submitted later to the tax offices by those who are not able to use the email facility; Remittance of VAT on or before 21st of every month has been extended to the last day of the month; Taxpayers facing challenges in sourcing for FOREX to offset their liabilities are hereby given the option of paying in Naira at the prevailing Investors and Exporters (I & E) FOREX window rate on the day of payment.

Others are: The period to file PIT returns for Foreign Affairs, Non- Residents, Military and Police has been extended to the 30th June 2020 and Field Audit, Investigations and Monitoring visits have been suspended till further notice.

The Service also launched a Business Continuity Plan (BCP) and took measures to ensure the safety and well-being of staff, taxpayers, stakeholders, and visitors.

It is pertinent to acknowledge that to get a workforce of about 10, 000 people drawn from various inclinations across the country to think and work together in one direction cannot be a tea-party. It takes the leader who is ready is to listen to his followers to lead effectively.

Another courageous action that the Nami-led FIRS took was the peaceful retirement of staff who had reached and passed their time for retirement. It was a courageous decision because previous administrations attempted to do it but they lacked the will to do so.

But on the realisation that his dream of building a FIRS system that would guarantee career progression would be hampered, those directors that had served up to eight years and above had to retire peacefully. Nami consulted the FIRS Management and Board and upon their approval, he effected the staff retirement. This action has been applauded by staff because it brought relief and hope to them that they are more likely to be promoted when they are due.

It is no surprise that within a short period in the office, Nami has been able to get the FIRS back on the trajectory of growth. Since his assumption of office late last year, the Nami-led FIRS has been able to take some far-reaching decisions and recorded a number of remarkable achievements starting with the hosting of the FIRS Management Retreat and also Group Retreat for the first time since the past seven years.

The Burden Of Leadership At FIRS Nigeria, By Abdullahi Ismaila Ahmad 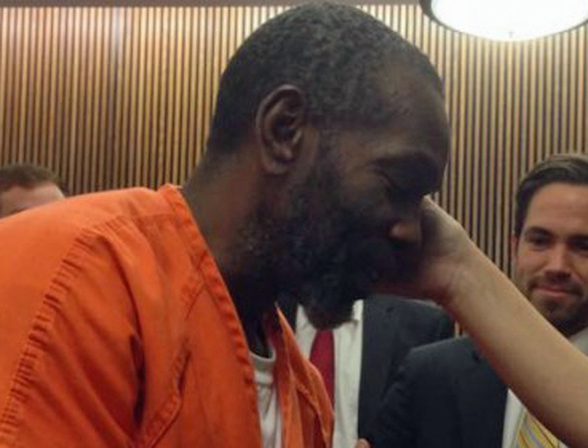 How much does freedom cost?, Kelechi Okoronkwo