Opposition figures in Nigeria are alleging that the ruling All Progressive Congress (APC) are working with supporters of President Muhammadu Buhari to import foreigners from Niger Republic and other neighboring countries to infiltrate Nigeria and vote for the ruling party during Nigeria’s general election starting 16th of February.

Paul Iwobi, a member of the opposition Peoples Democratic Party (PDP) told Discover Africa News that the coming of two governors from  Niger Republic to Kano on Thursday to campaign for the APC) and Buhari has confirmed his earlier comment that “Nigeriens who vote for Buhari are more than Nigerians”.

Social media was abuzz on Thursday when the pictures of Nigerien governors Issa Moussa of Zinder Region and Zakiri Umar of Maradi hit the social media.

They were dressed in ‘babanriga,’ a traditional attire, designed with APC campaign ornaments.

Salihu Tanko-Yakasai, a spokesperson for Governor Umar Ganduje of Kano, shared pictures his principal took with the two foreign governors as they prepared to receive Mr Buhari in Kano earlier on Thursday.

Buhari had criticised the concerns by the United Kingdom, United States and the European Union over the credibility of the next month election, saying Nigeria could not entertain foreign interference.

Buhari was Kano to campaign for himself and other APC candidates in the general elections next month.

In a letter sent to the countries’ embassies and high commissions, Atiku who flies the flag of the Peoples Democratic Party (PDP) said it became imperative to draw international attention to events in Nigeria.

Presidential election in Nigeria will be underway on February 16th.

In the letter, Atiku cited the forced suspension of the Chief Justice of Nigeria, purchase of arms, disregard for court orders among others.

Full Text of the Letter

I have chosen to write this letter to Your Excellency for the enviable role that your country plays as champion of Democracy and the Rule of Law. I am also writing you as Nigeria’s international development partner working together to deepen and strengthen our democracy as well as to help in the transformation of our economies and societies for the better.

President Muhammadu Buhari is threatening our democracy by serially breaching the provisions of our constitution and undermining organs and institutions of State in order to advance his personal interest. While the President has ironically taken oath to safeguard and defend the Constitution of the Federal Republic of Nigeria, the reality of his selective and wanton violations of its provisions means that his oath is observed only in the breach.

And as Your Excellency very much knows, respect for the rule of law is integral to promoting and preserving the values and principles of democracy. Sadly, however, by the actions of the government of President Muhammadu Buhari, one is forced to think otherwise.

As a Presidential Candidate in the forthcoming General Elections that will be conducted and supervised by the Government of President Muhammadu Buhari, I feel the urgent need to share with you some of these key violations of the provisions of our constitution and to demand that you pile pressure on the Federal Government to desist from these violations and ensure a level playing field for the General Elections that are only a couple of weeks away. We acknowledge with profound appreciation the positions taken by some members of the International Community in Nigeria and urge Your Excellency to add your country’s very strong voice against these breaches of Nigeria’s constitution. Your Voice is very important to the survival of Nigeria’s democracy.

Some of these constitutional infractions are highlighted below for your information and action as you may deem appropriate.

The Purported Suspension of CJN Onnoghen

On Friday, January 25, 2019, our nation woke up to the shocking news of the unilateral and extra-constitutional suspension of the Chief Justice of Nigeria, Justice Walter Onnoghen and the immediate appointment and swearing in of Justice Ibrahim Tanko Muhammad, as the new acting Chief Justice of Nigeria (CJN). This action of President Muhammadu Buhari, not only breaches the Nigerian Constitution, but has also managed to undermine Presidential democracy by assaulting one of its hallowed doctrines of separation of Powers. For the records, Justice Walter Onnoghen is the head of one of the Tripartite but mutually independent organs that form the government of the Federal Republic of Nigeria. To attempt to muscle out the Chief Justice of Nigeria using phony charges at a time when His Lordship was primed to play a central role in the fast approaching nationwide electoral process represents the boldest steps in the march to undermine our democracy. This is undoubtedly an anti-democratic act which my political Party and I reject without reservation and for which I urge Your Excellency to condemn unequivocally.

Need I say, this brazen authoritarian and imperious stride of President Buhari is the latest action in a series of carefully planned onslaught on our nation’s hard earned democracy by an extremely power hungry and anxious President and the cabal that feeds fat around him as February 16, 2019 draws nearer.

The fact that the unlawful suspension of Chief Justice Walter Onnoghen was announced just as it became public knowledge that the CJN was constituting the election petition tribunals is not lost on discerning Nigerians and the international community. This act of desperation is geared towards affecting the outcome of the 2019 Presidential elections. Indeed, it is not just the CJN that has been “suspended”, it is the Nigerian Constitution that has been infracted and, in effect, suspended, under the guise of the suspension of the CJN.

The case involving the legality or otherwise of the charges against Chief Justice Walter Onnoghen is in court, as it should be. So far, the judiciary has ruled in Justice Onnoghen’s favour. So, why not allow the court to adjudicate on the matter? What is the pressing urgency about this matter?

Let me therefore take the opportunity of this letter to urge your country and all well-meaning members of the International community to mount pressure on this government and all its anti-democracy functionaries know that their actions will have consequences. Strong consequences.

The illegal purchase of the Tucano Aircrafts:

President Buhari sometime in April 2018 approved the purchase of Tucano Aircrafts for the Nigerian Military at the sum of $496 million (Four Hundred and Ninety-Six Million United States Dollars). This, he did, without seeking prior approval of the National Assembly contrary to Section 80 (3) and (4) of the 1999 Constitution (as amended) which states very clearly, how the President can spend monies belonging to the Federation. It provides:

“(3) No money shall be withdrawn from the Consolidated Revenue Fund or any other public fund of the Federation, except in the manner prescribed by the National Assembly.”

“(4) No monies shall be withdrawn from the Consolidated Revenue Fund or any other public fund of the Federation, except in the manner prescribed by the National Assembly”

Disregard for Orders of Courts:

The Muhammadu Buhari administration has serially violated court orders, going against the rule of law especially in three known cases.

Federal High Court in Abuja presided by Justice Adeniyi Ademola in 2015 ordered the release of Col. Dasuki’s passport and granted him permission to travel abroad for three weeks on medical grounds. Despite the order made on November 3, the Department of State Security Services, SSS refused to release Col. Dasuki.

Again, the former NSA and four others were granted bail on December 18, 2015 on a similar condition with a N250 million bond by Justice Hussein-Baba Yusuf.

Similarly, the former NSA; a former Minister of State for Finance, Bashir Yuguda; former Sokoto Governor, Attahiru Bafarawa; ‎and three others were granted bail by Justice Peter Affen on December 21, 2015 by the Federal Capital Territory High Court in the sum of N250 million each and two sureties in like sum. The Federal Government cherry-picked the order whilst disobeying the part that concerned the former NSA.

The ECOWAS Court presided by Honorable Justice F.C. Nwoke on October 4 2016 granted the former NSA bail and ordered the Nigerian Government to pay N15 Million to the defendant as damages for his “illegal and arbitrary detention”.

Also on April 6, 2018 the Abuja Division of the Federal High Court affirmed, for the umpteenth time, its decision for the release of Col. Dasuki.

Sheikh El-Zakzaky has been in detention without trial for over 3years after his followers were massacred in broad daylight; his wife and family killed and his home burnt, in a gory and shameful show of brute force by the Nigerian Army. This particular state violence is nothing short of genocide.

On December 2, 2016 the Abuja Division of the Federal High Court Presided by Justice Kolawole ordered the release of Sheikh El-Zakzaky and berated the Nigerian government for violating his rights.

The approval of $1 billion for military expenditure before approaching the National Assembly:

The Nigerian government through the National Economic Council NEC, again in contravention of Section 80 (3) and (4) of the 1999 Constitution (as amended), granted approval for the release of $1 billion from the Excess Crude Account, ECA, for the procurement of military hardware and other equipment to fight insecurity in the country, ahead of the 2019 General Elections without recourse to the National Assembly. Mansur Dan-Ali, Nigeria’s Defense Minister disclosed this at the end of security chiefs meeting with President Muhammadu Buhari at the Presidential Villa, Abuja, on Wednesday, April 4, 2018. By this act, the Federal Government acted contrary to the provisions of the Section 80 (3) and (4) of the 1999 Constitution, which states:

Executive Order No. 006 (On Preservation of Suspicious Assets and Related Schedules):

The enactment of the controversial Executive Order No. 006 as an Executive legislation which permits security agencies to freeze the assets of persons standing trial or undergoing investigation without recourse to court orders. This is a usurpation of legislative and judicial powers of the National Assembly and the judiciary as enshrined respectively under sections 4 and 6 of the Constitution of the Federal Republic of Nigeria and reminiscent of the military era of decrees.

The above, and many more that did not make it into this very short letter, are the unfortunate actions of the Government of a man who merely pays lip service to being a reformed democrat.

General Elections are upon us yet again. I urge you to partner with Nigerians to defend our constitution and play an active role in building our country. The choices facing all of us is either to stand aside and watch Nigerians reelect a President who has been in constant violation of the laws of the land without remorse; or to support them show him the way out and elect a true democrat. We must send a clear message that the Nigerian Nation is bigger than any individual.

Even if Nigerians opted not to elect me as President, the incumbent must go into the polls on his own record of lack of respect for the Rule of Law and not on the spurious perception of his “Integrity”. We need to set precedence for successive leaders not to take democratic mandate for granted.

I will only accept election result if they are free, fair and credible—Atiku 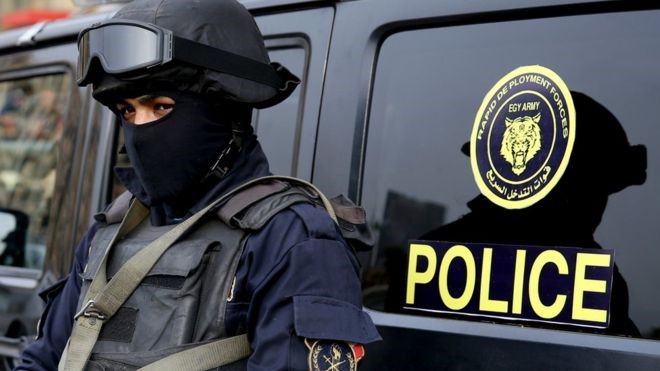 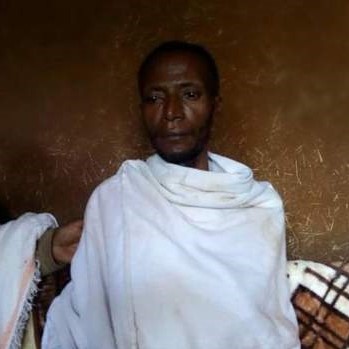 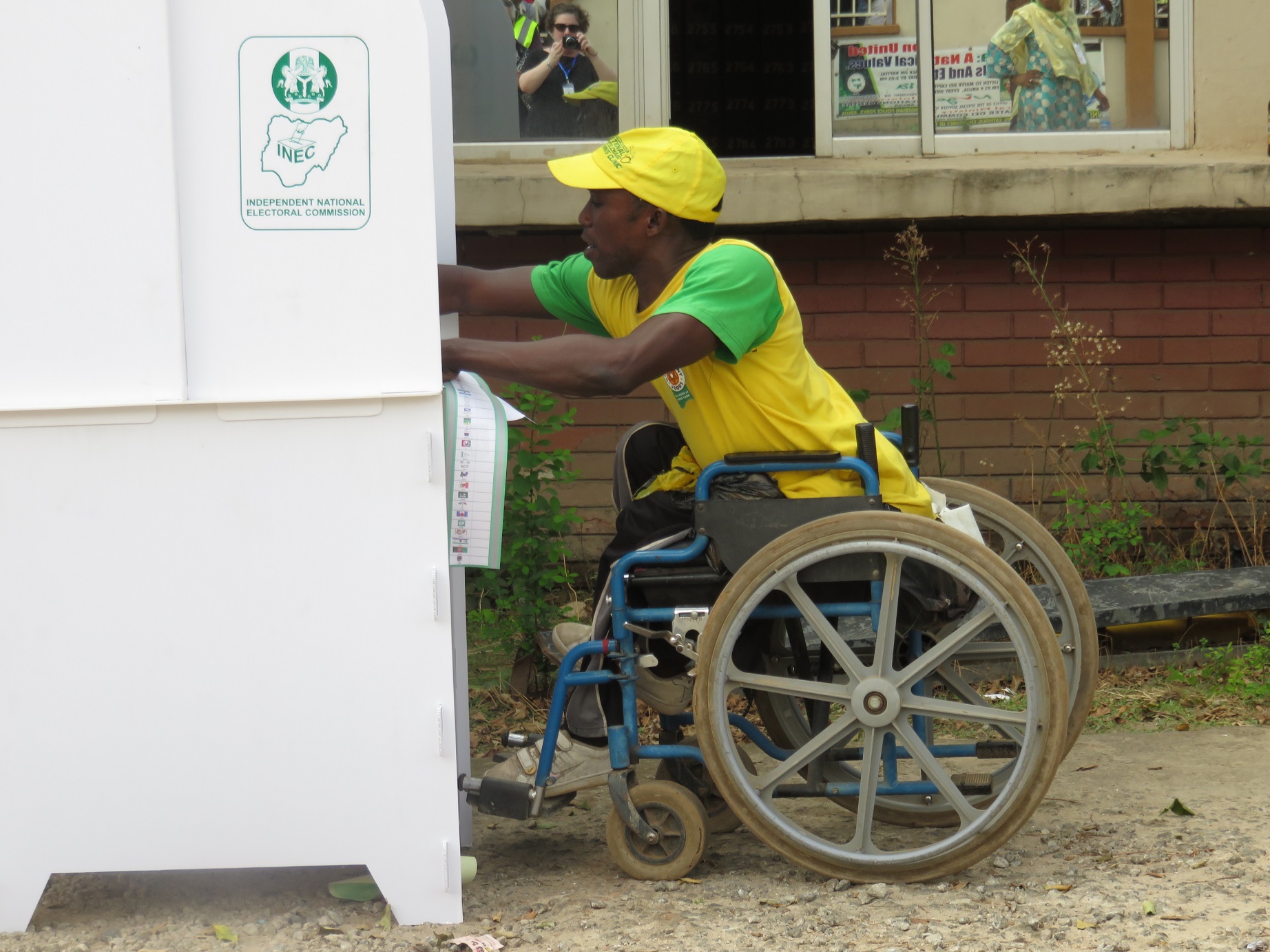