Recently, at a rights advocacy forum in Abuja, Nigeria, a participant made a wonderful contribution. He spoke about rights of citizens and responsibilities of government. He spoke confidently, convincingly and resoundingly. At the end of his contribution, he introduced himself and said that he was from Ebonyi State. The crowd cheered him as he handed over the microphone to the compère. Masters of Ceremonies (MCs) have their ways of telling you the truth with jokes. The compère jokingly accused the Ebonyi man of proudly ‘claiming’ to have come from Ebonyi State. The MC said that the Ebonyi man proudly claimed to have come from the State because the current Governor of Ebonyi State has transformed the State. The compere said: “You can see how confident he is; confidently claiming that he is from Ebonyi because the current Ebonyi State Governor has transformed the state. If it is before, I’m sure he would be hiding himself. He won’t mention that he is from Ebonyi State, Abakaliki”. The entire hall was filled-up with a good measure of laughter in response to the joke. After that, the MC called up another item and discussions continued.

However, somewhere at the middle of the hall where this writer was seated, discussion about Ebonyi State and the Ebonyi State Governor, Engr. David Umahi continued momentarily. Someone said that the MC was right; that the extent of transformation in Ebonyi State at the moment was unimaginable; that the last time he travelled to his village in the South-South, Nigeria, he had to go through Ebonyi State because transporters preferred going through Ebonyi road. The man from the South-South said he was ‘lost totally’ when he got to the Ebonyi State Capital, Abakalili recently. He said it was a long time ago that he passed through Abakaliki, pointing out that it was not a surprise to him that the Ebonyi man could speak so confidently and identified himself with Ebonyi State. Another person talked about the connection between leadership and development and finally said that the Ebonyi State Governor was truly a David. It was then that it struck this writer that there could be a connection between the name David and the testimonies of high performance and visionary leadership being led by Governor David Umahi.

Parents, especially mothers who are godly and spiritual often know the seed they carry in their womb; and they are most discerning of the names they give to their children. For instance, in 1 Samuel Chapter 1, the Bible talks about Hannah, the mother of Samuel. Hannah was wrongly perceived by her contemporary to be barren. She was heart-broken and she sought the face of God, praying for a son and vowing to give him to the service of God at Shiloh if God were to answer her prayer. 1 Samuel 1:19-20 says: “Elkanah knew Hannah his wife, and the LORD remembered her. And in due time Hannah conceived and bore a son, and she called his name Samuel, for she said, ‘I have asked for him from the LORD’. When God remembered Hannah and blessed her with Samuel, she immediately knew that Samuel was a covenant child; and she named him, Samuel, meaning, “I have asked him from the Lord”.

This goes with David. Governor David Umahi’s mother, Late Deaconess Margaret Umahi was largely acclaimed a godly and spiritual woman. She remained a committed Christian until her call to eternity with God few years ago at 84 years of age. Although most people of her era were not Christians, Mother Margaret was so spiritual that she could hear God speak to her about the seed she was carrying in her womb. When the child came, some 58 years ago, she named him David according to her encounter with God during the pregnancy and to herald the mission that the David would accomplish in his lifetime.

The name David rings bell in history. According to the Biblical story, David was a charismatic leader, the youngest King of Israel who was appointed a king and leader by God himself. God saw the heart of David: blessed with meekness yet fortified with strength and boldness; young in age but mature in character; a God-fearing and spiritual warrior; tender with his people yet ferocious with enemies. David was a purposeful and forgiving character. This was exemplified in his relationship with King Saul. When God rejected King Saul and sent Samuel the High Priest to ordain David from the house of Jesse, Saul became envious of David and plotted to kill him. David was aware of Saul’s plots. But instead of David to take his chances of killing Saul, he declined on the premises that he should not touch God’s anointed.

David is described in the Hebrew Bible as king of the United Monarchy of Israel and Judah. David loves entertainment; hence he was a musician. You cannot help yourself but love David, the man after God’s own heart. Mother Margaret Umahi, as a devout Christian, knew those qualities of David. Convinced about the seed in her womb, she consented to naming him David.

True to his name, Governor David Nweze Umahi, a trained civil engineer, has been nicknamed the David of our time because he possesses all the great qualities of the Biblical King David. Multiple testimonials have it that Governor Umahi is exemplary in leadership; that he has transformed Ebonyi State in all ramifications: infrastructure, agriculture, human capital investment, peace and security and orderliness.

One of the persons in the rights forum said: “In his less than 15 years in active politics, David has achieved such garlands that contemporary politicians used up their entire life span to achieve. He has risen steadily in his career: from being an Acting Chairman of the PDP, he became the substantive Chairman of the party. He thereafter became a two-term Deputy Governor and currently serving his second term as the Governor of Ebonyi State. He is currently the Chairman of South-East Governors Forum”.

Another person said that Governor David has the mind of an eagle: purposeful and adventurous mind, bravely focusing on the big picture. “Recently, Governor David Umahi left the Peoples Democratic Party (PDP) and joined the ruling All Progressive Congress (APC). Some people did not understand his intentions. However, judging from his antecedents, it is not a worry whatever political decision David would take. It is rather awkward for anyone to think that David could make some wrong leadership moves. Nigerians, especially the people who benefit from DAVID’s thoughtfulness should rather pray for David because whatever decision he takes is in the best interest of the people”, he concluded.

There is surely something spiritual about Name. It may not be hasty to agree that the name David, which the current Governor of Ebonyi State bears has significantly impacted his lifestyle and his leadership style.

Opposition at offensive as Zambia votes to elect president on Thursday 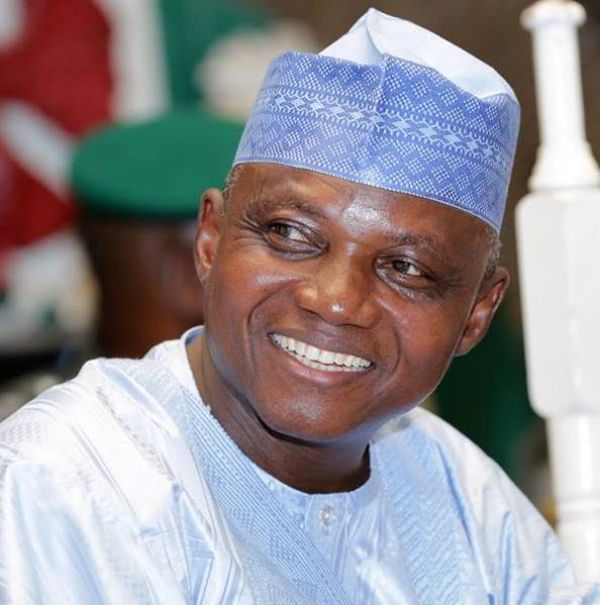